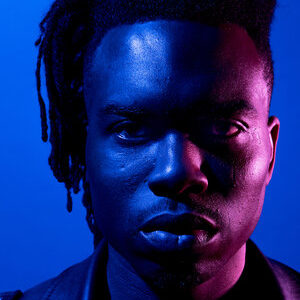 Vo Williams, is a Los Angeles based rapper, songwriter, composer, and performer. He is an architect and pioneer of the emerging genre dubbed Epic Hip Hop, a sound gaining fans internationally through it’s prominent used in Film and TV.

Growing up with a hunger for discovering new sounds, styles of expression, and a love for creating, has made Vo’s sound a rich fusion of musical influences. Vo fuses Hip Hop with Rock, EDM, Orchestral, and even Punk as a palette to produce a greater spectrum of expression.

His passion is to create iconic powerful music, with scale, vivid emotional tonality, and impact.
Throughout the years, Vo has been synced in over 1000+ Films, TV shows, games, and Ads, around the world. He is considered the most synced hip hop artist ever.

His music has been used in titles like All American, Empire, and Ballers to name a few. His music has also driven Ads and Trailers for Brands like Disney +, X box, and Mercedes, and can also be found on many Movie and Game Soundtracks as well.

Vo Williams stands on the front lines of a revolutionary sound in Film/TV, while helping to lead us into the future of Hip Hop, and how the world uses the genre to drive powerful storytelling.

***Buying a feature from Vo Williams includes the opportunity to be pitched for syncs from the most synced hip-hop artist of all-time!